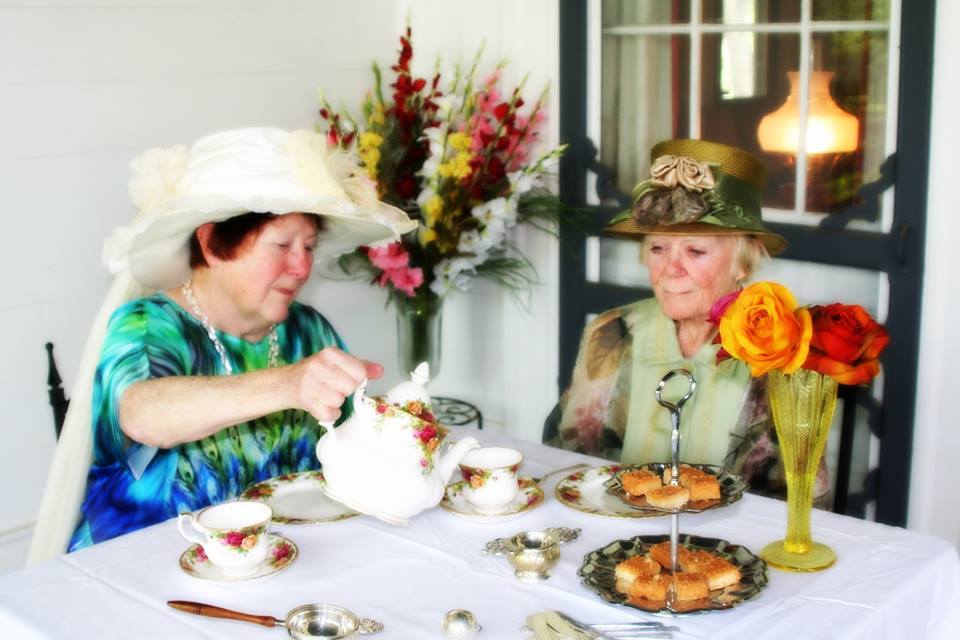 Guests at Historic Lairdland Farm House are transported to the early 20th century for an Afternoon Edwardian Tea on each Spring.

“The acme of refinement and leisure for women of all ages has always been a tea party,” said Bennita Rouleau, owner of Lairdland Farm House, a museum house and accompanying Civil War museum open to the public near Brick Church in Giles County.

Rouleau said that each of the teas begin promptly at 2 p.m. and are served on the veranda of the 1831 Lairdland Farm House.

“Tea is served in the traditional manner, accompanied by a variety of foods appropriate to the period,” Rouleau said.

The English have been drinking tea since 1657, but it was not until 1841 that tea became more than a hot beverage when Anna Maria, wife of the 7th Duke of Bedford, experienced “a sinking feeling” in mid-afternoon because of the long gap between luncheon and dinner. The Duchess asked her maid to bring her all the necessary tea things and something to eat to her private room at Windsor Castle so that she might stave off her hunger pangs.

“Around 1850, a five o’clock tea in the drawing room was made an institution and then only in a few fashionable houses where the dinner hour was as late as half past seven or eight o’clock,” explained Rouleau.

By 1910, the ritual of English teatime was perfected by King Edward’s wife Queen Alexandra, for whom it was a treasured time of day. Sandwiches, cakes and biscuits were invitingly set out on gleaming silver dishes. The teapot, hot water jug, cream jug and sugar bowl were the same antique silver service that had been the favorite of her mother-in-law Queen Victoria. The Lairdland Edwardian Tea will mirror Queen Mary’s.

“We do hope that many of our guests will arrive in fanciful hats,” Rouleau said, adding that she enjoys wearing the Victorian attire and hats as much as the several hundred guests who have attended the teas over the years. 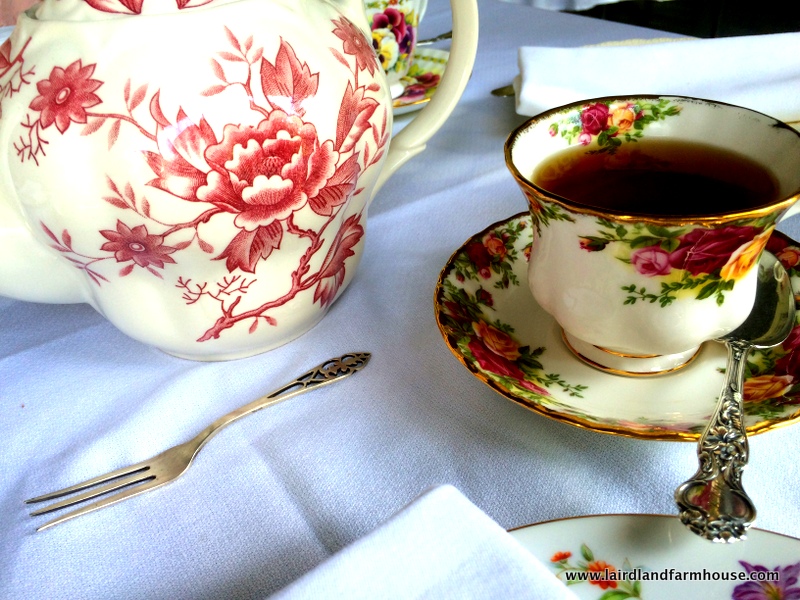 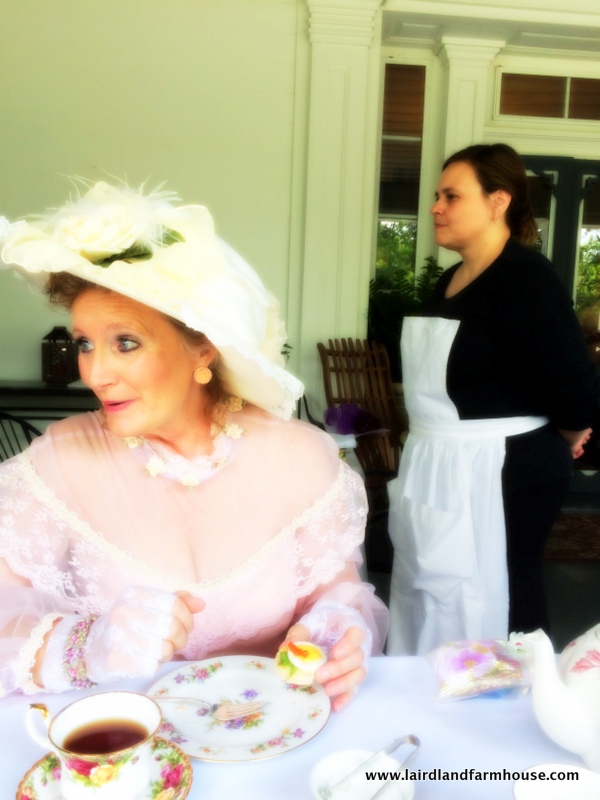 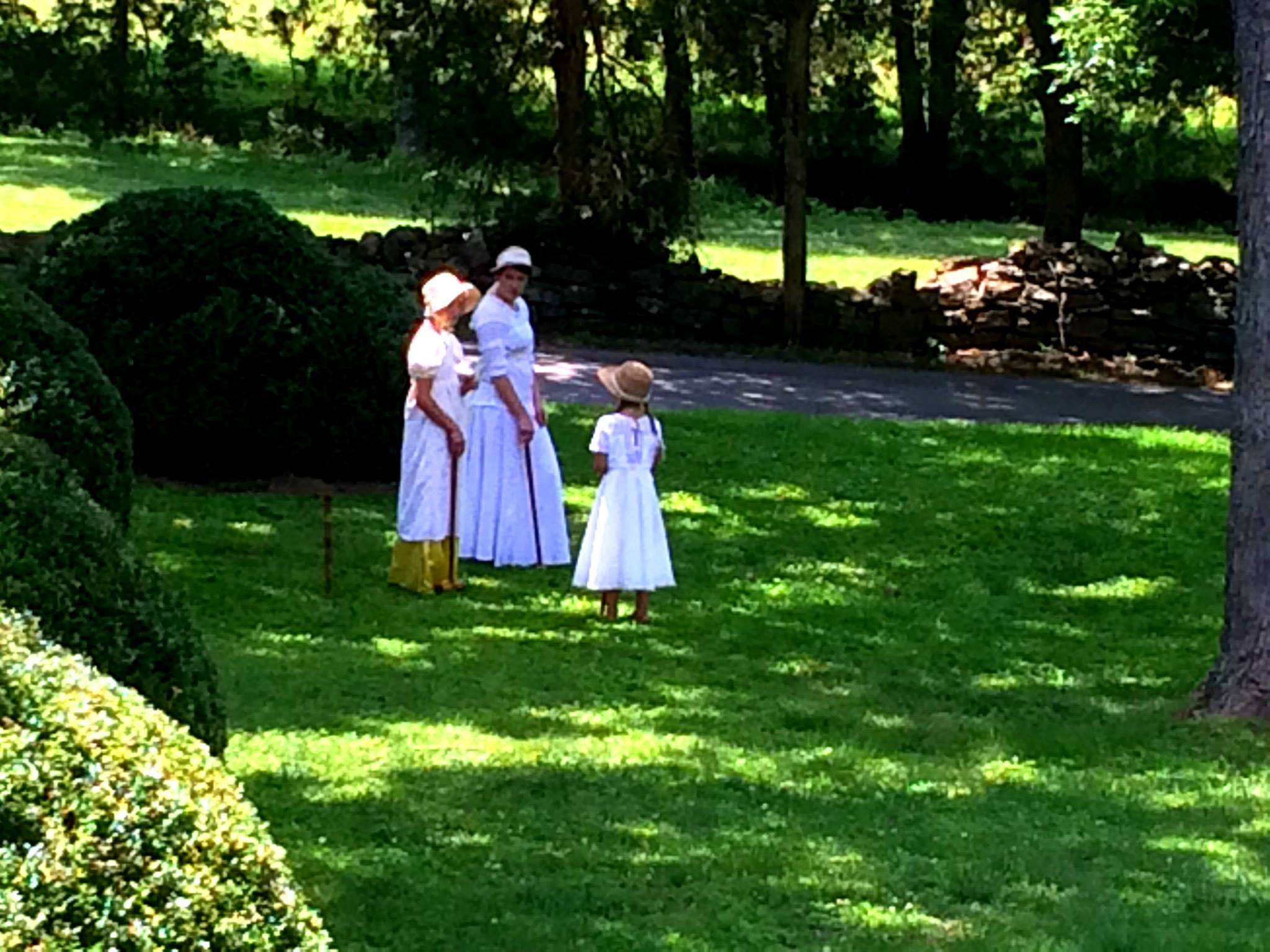 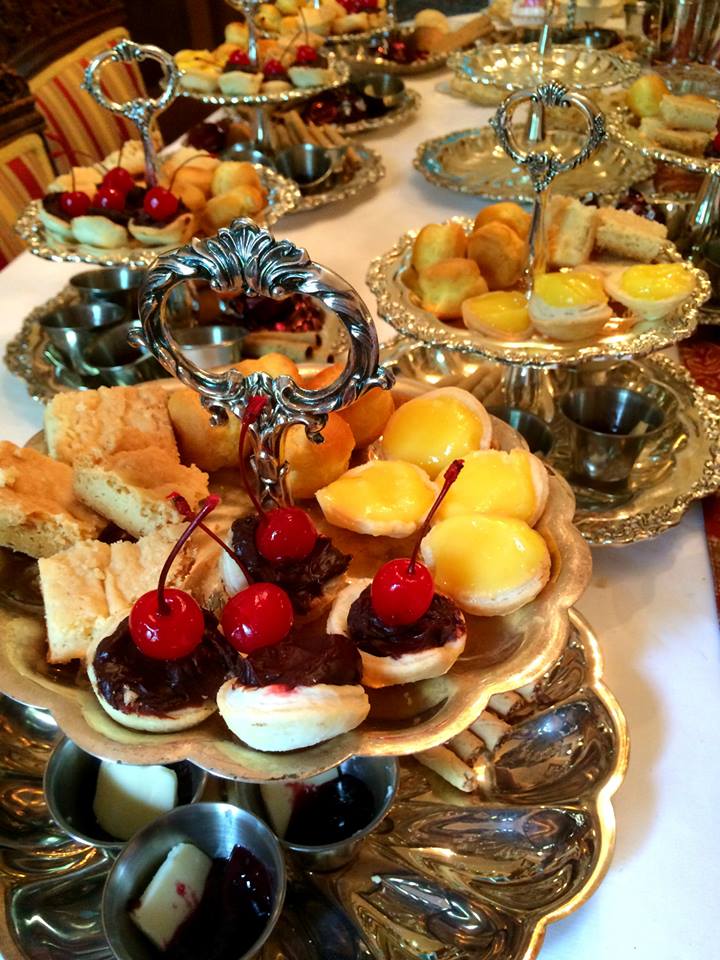 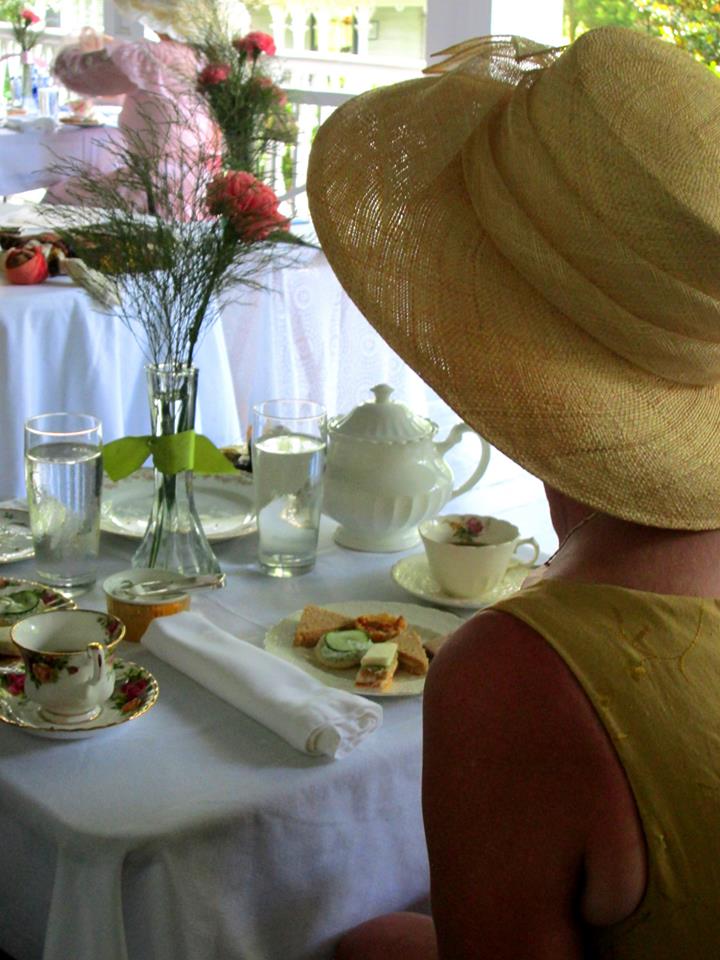 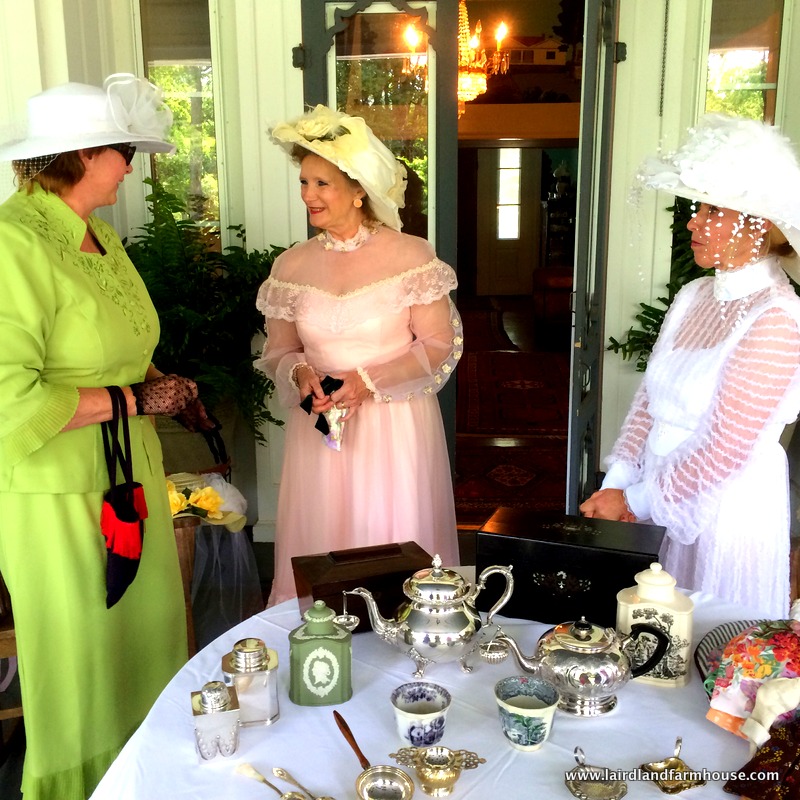 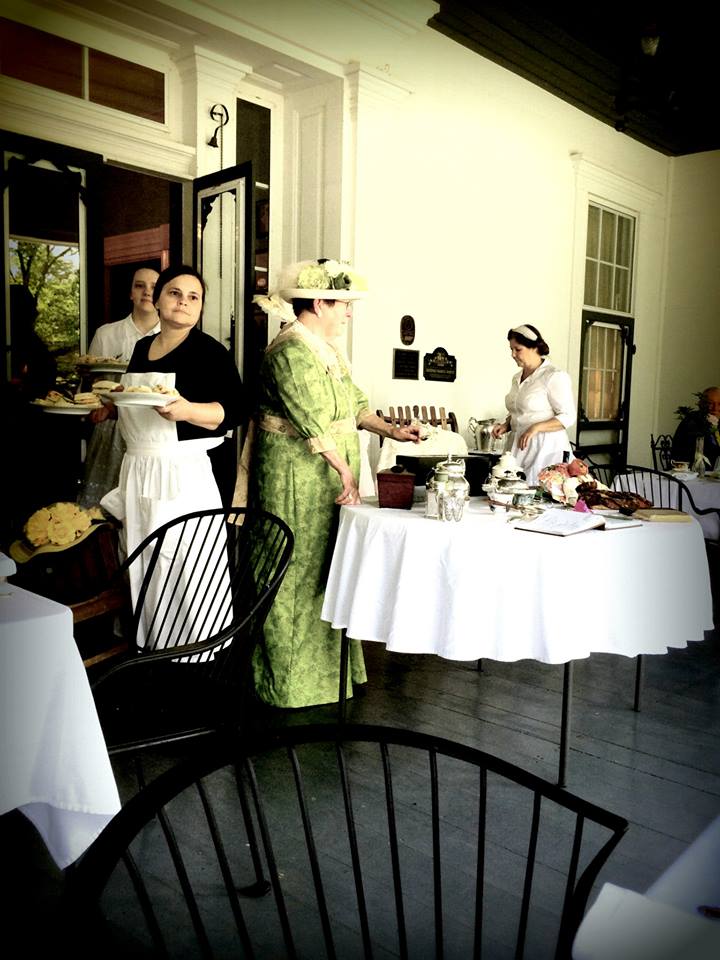 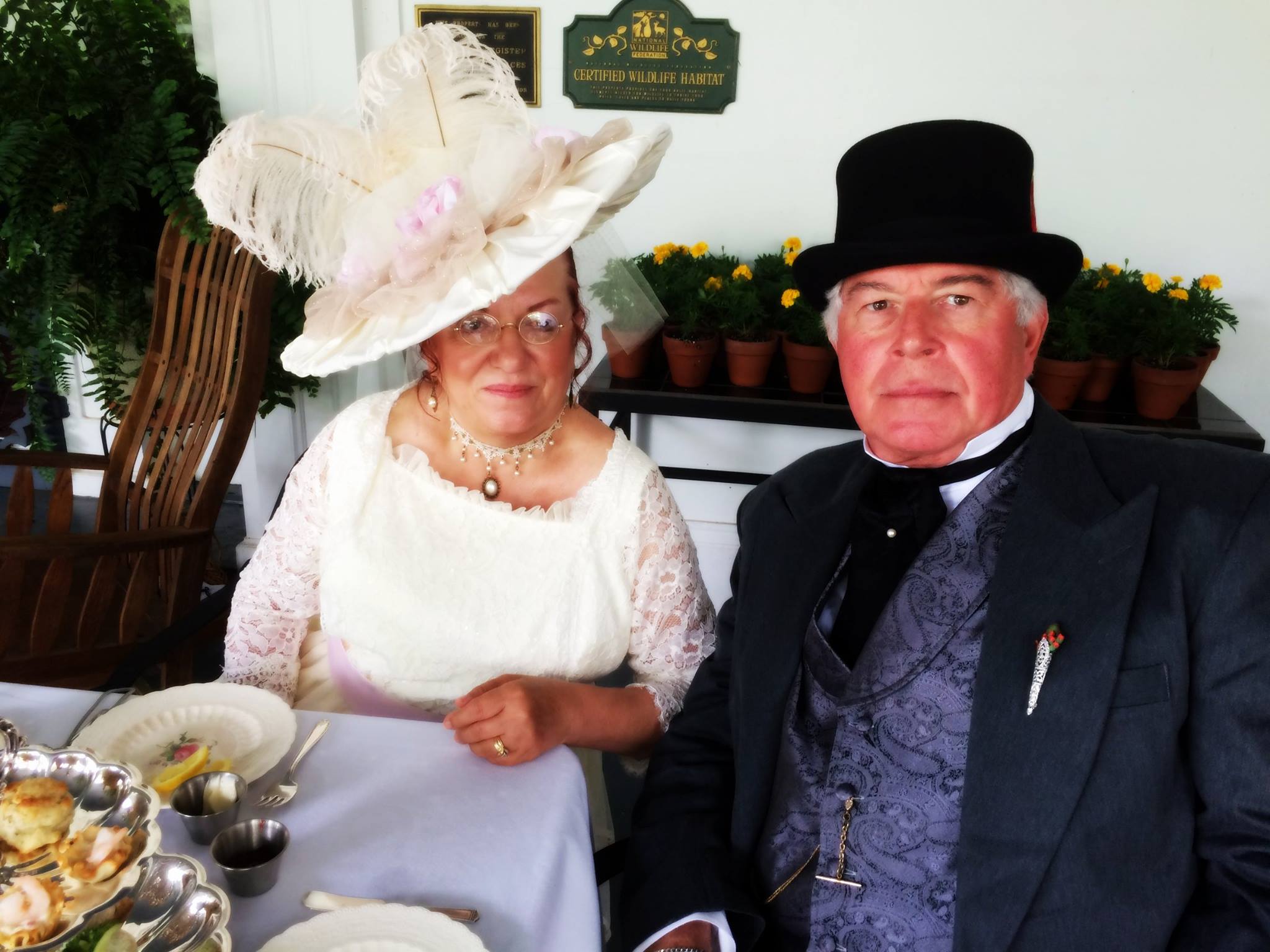 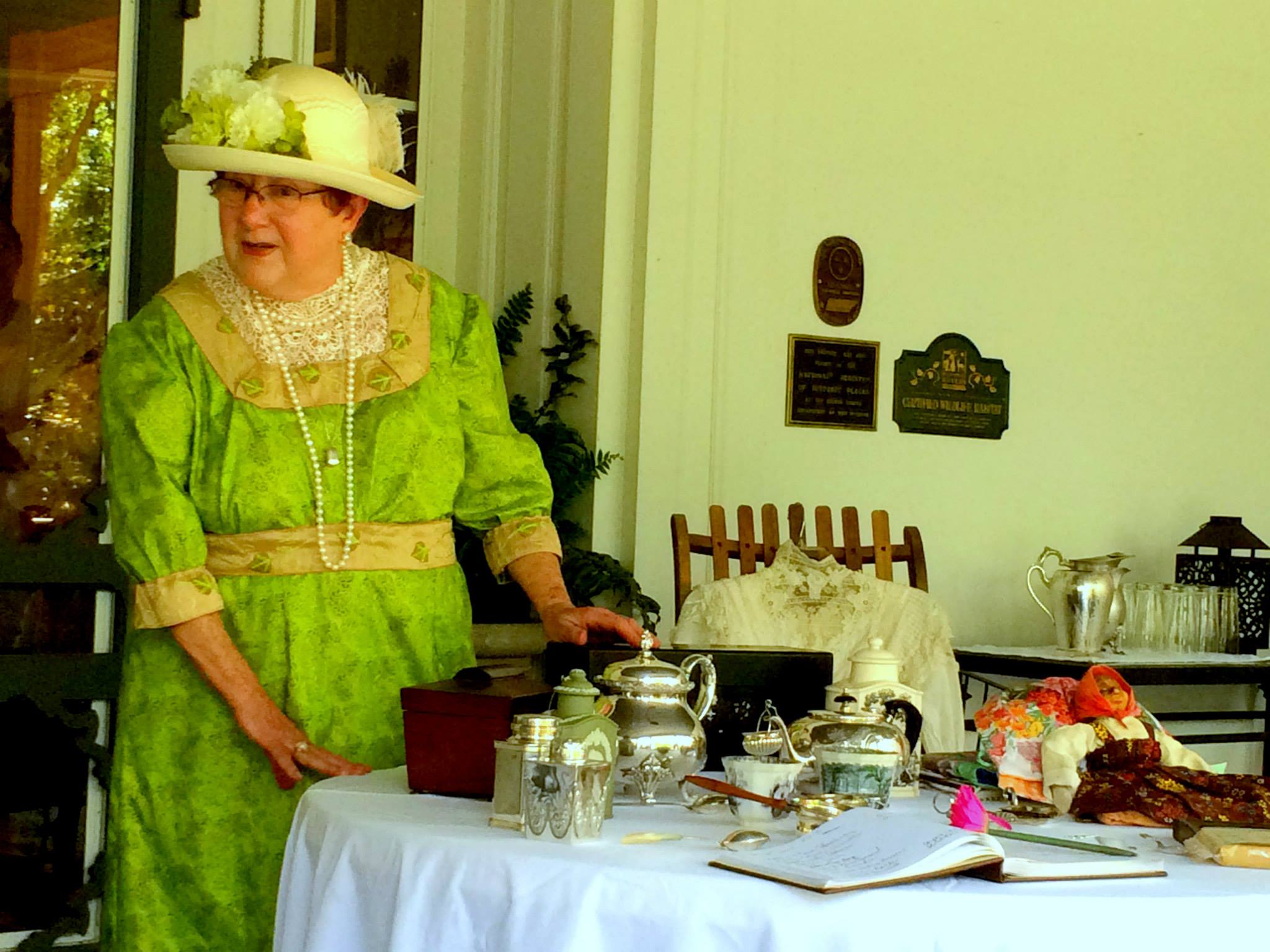 Lairdland owner and Tea hostess Bennita Rouleau shares her collection of tea antiques with guests during Tea on the Veranda. 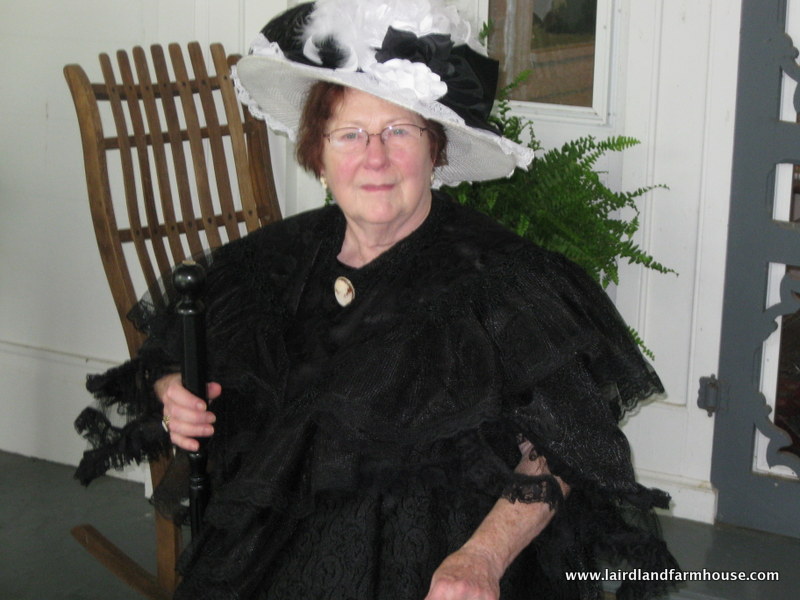