...and military and civilian life collections

Lairdland Farm House co-owner Don Rouleau’s life long fascination with the American Civil War led him to more than 30 years of collecting authentic artifacts and memorabilia. This extensive private collection contains articles used by both the Union and Confederate forces.

American made long guns including sharpshooters’ rifles and some of the most popular European imports are displayed. Handguns include Colts, Stars, Remington, Kerr and other makers. A variety of artillery shells, cavalry items and enlisted men’s and officers’ swords round out the weapons.

Life in camp is represented by personal items, toilet articles, games, camp equipment and homespun blankets. Tintypes, daguerreotypes and CDV images, plus handwritten letters, Bibles and books show the soldiers’ concern and longing for loved ones at home.

Examples of how the war was financed include bonds, revenue stamps, paper money and coinage. The sorrow and pain endured by mothers, wives and sweethearts left at home can be felt through articles of daily life and especially through mourning clothing and jewelry. 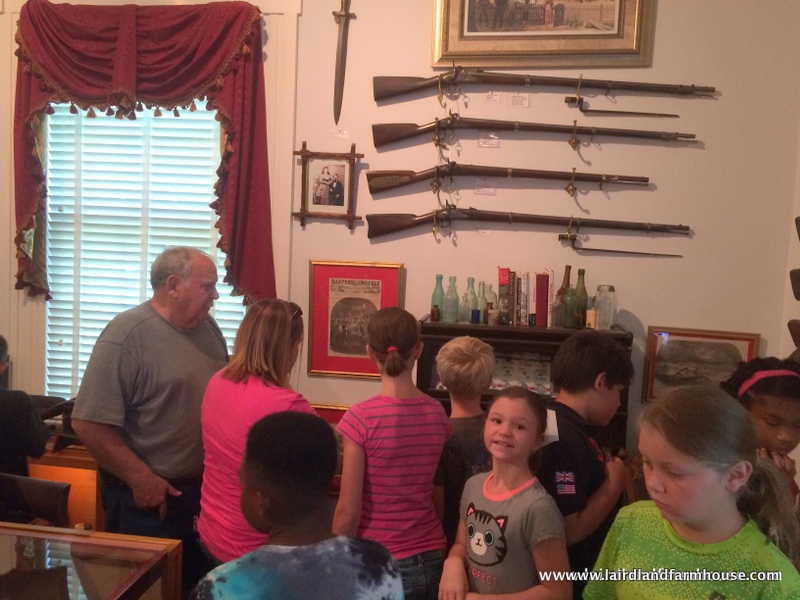 The death during the Civil War of John Martin Lane, whose father built Lairdland…

John Martin Lane was the second son of Thomas J. Lane, who originally built Lairdland Farm House in ca. 1831. When the War broke out John Martin joined the Confederate Army as a member of Terry’s Texas Rangers, Company A. His unit fought throughout Tennessee under the command of General Joseph Wheeler. On Oct. 6, 1863, he was part of the men led by Wheeler when they were attacked by the Federals at Farmington, Tenn., where 10 of Terry’s Texas Rangers were killed, including John.

As Wheeler’s men retreated toward (and across) the Tennessee River they passed through Pulaski, Tenn., where John Martin’s sister, Mary Kennedy Lane White, lived with her husband, Dr. Rufus Green Pinckney White, a prominent doctor. Some of the men passing her home told her of her brother’s fate. She obtained a wagon and taking a servant with her, went to Farmington and retrieved her brother’s body. She brought him to Brick Church Cemetery, the place the family had attended church when they lived at Lairdland Farm House. He was buried next to his grandfather, Major John Gordon, who fought with Andrew Jackson at the Battle of New Orleans. A handsome obelisk was raised over the grave and stands in Brick Church Cemetery today. A later listing of graves in Brick Church Cemetery simply notes his is on the left of the walkway leading to the door of the church.The Lane property consisted of 5,000 acres. John Martin was one of 10 children of Thomas L. Lane and Nancy Gordon Lane and was born Jan 8, 1841, in this house. John Martin Lane lived with his parents and siblings in this home until 1856 (or 1857). The family, including John Martin, were members of Brick Church Presbyterian Church, and their names appear on early church documentation. At age 14, John Martin went with his family when his father, Thomas L. Lane, moved the family to Burleson County, Texas. Two sisters, including Mrs. White, remained in Giles County as they had married. 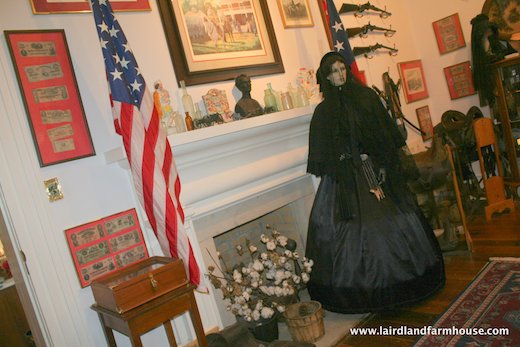 The farmhouse itself has Civil War ties in that the Laird family befriended and nursed several Confederate soldiers. Mr. Robert Henderson Laird buried one soldier who died at his expense. 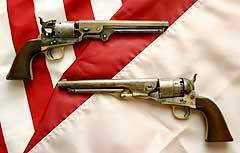 Captain James Knox Polk Blackburn of Terry’s Texas Rangers (8th Texas Cavalry) convalesced at Lairdland after being wounded supporting the Confederate cause in Middle Tennessee. After the war Blackburn returned to Lairdland and married the Laird daughter. His memoirs are published in “Terry Texas Ranger Trilogy.” The Lairdland property remained in the Blackburn family until purchased by Don and Bennita Rouleau in 2002.

Call 931-363-2205 to arrange tours of the Civil War Museum or the antebellum house and museum combination. 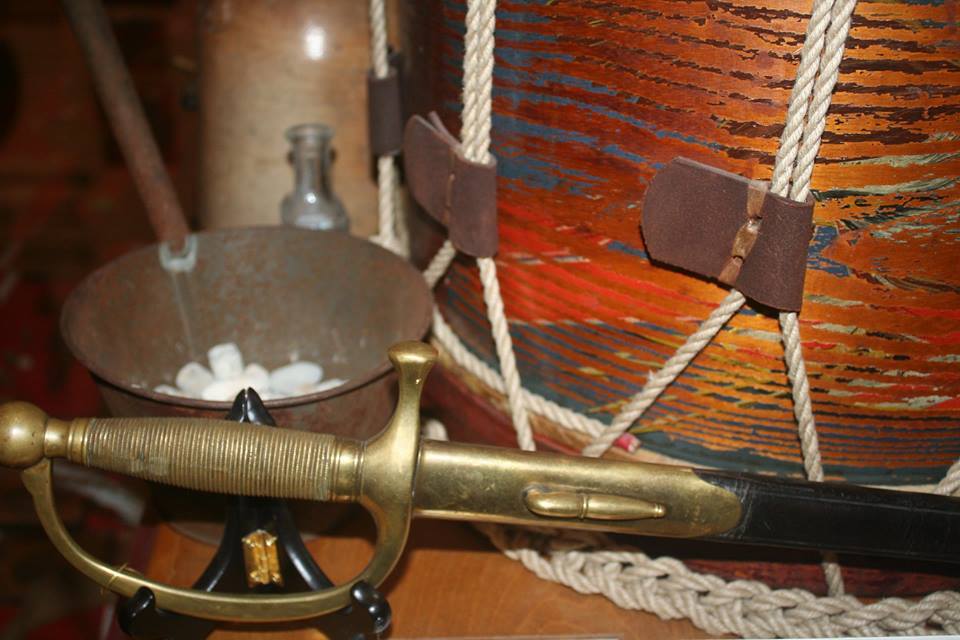 Students and adults enjoy the museum, which is open during special events and is part of the historic site tour. When field trips are pre-arranged, Don will organize guided tours for the groups of children that will allow children the chance to ask questions. Schedule school or homeschool field trips early in the year to ensure your space. 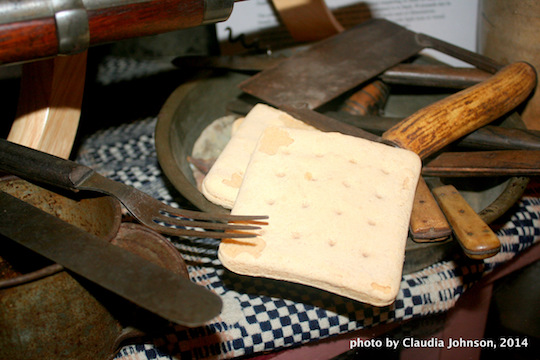 A common meal for soldiers was Hard Tack, which was not very tasty but lasted for months if protected from insects and moisture. The piece in the museum is really from the Civil War, but you can make some for yourself. Preheat oven to 250 degrees F. Combine flour with salt in a mixing bowl. Add water and mix with hands until the dough comes together. Roll out on a table to about 1/3 inch thickness. Use a knife to cut 3×3 squares from the dough. Place on baking sheet, and use a dowel to make 16 evenly-spaced holes in each square. Bake for at least four hours, turning over once half-way through baking. Cool on a rack in a dry room.

For more on hardtack, visit here. 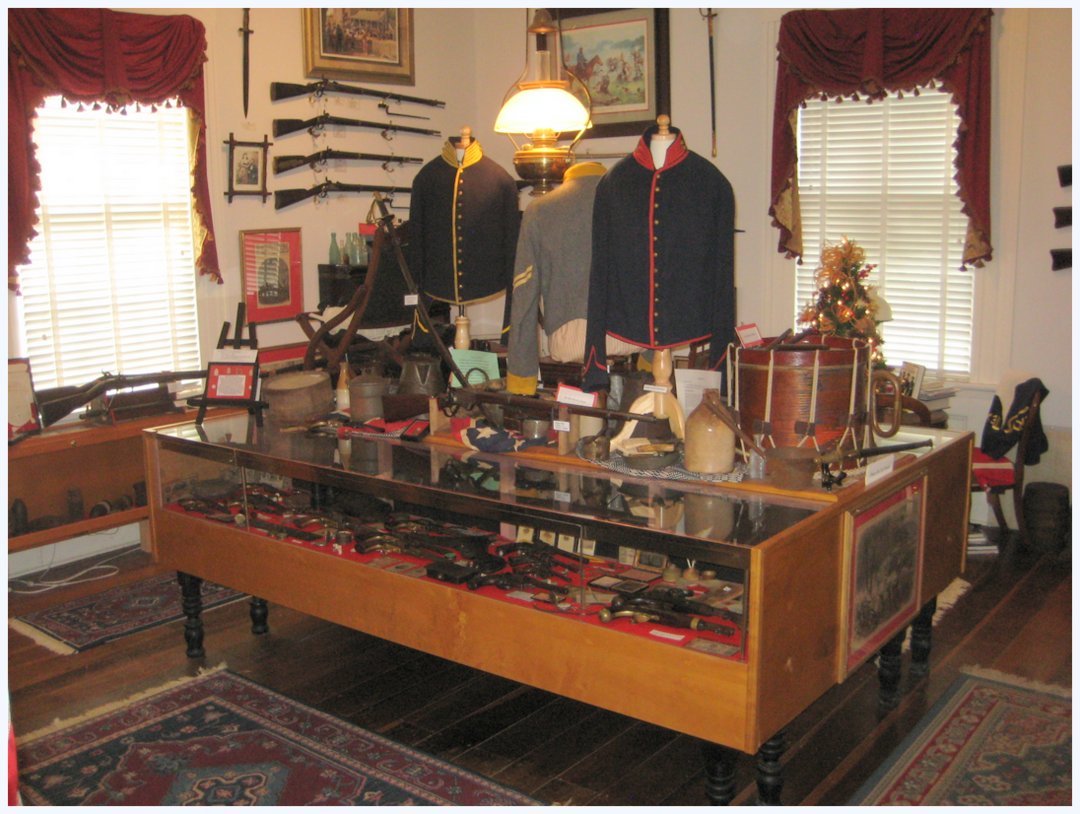